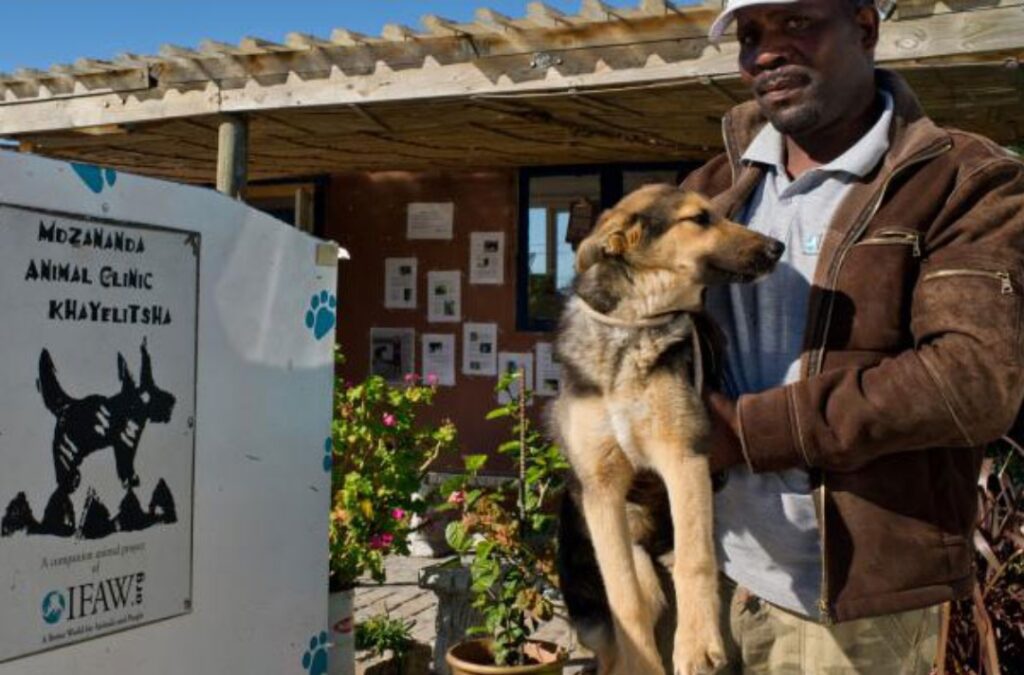 On the 27thof March, the Mdzananda Animal Clinic in Khayelitsha, Cape Town, South Africa, launched its largest campaign yet. The ‘Become a #PawMember’ campaign aims to sign up 3000 Paw Members, each donating £6 per month to keep their doors open. This came about after losing their largest funder due to international budget cuts. This funder was covering 65% of their expenses (£132 000 per year).

The people they serve

The Clinic is based in a township that is impoverished, has high levels of crime and violence and there is a lack of education and lack of income. It is impossible for most people to afford private or even standard veterinary welfare organisation fees. There is also very little or no transport for people to get help for their pets outside of the Khayelitsha area.

Theopinion is often voiced that people in impoverished townships should not own pets. We have a different opinion. Anyone who visits Mdzananda has the pleasure of meeting owners who adore their animals. Lack of animal welfare education, poor infrastructure and insufficient funds are generally the factors that lead to animal neglect, illnesses and injuries. This situation could be prevented if animals were vaccinated, sterilised and people were educated about basic animal health care. Mdzananda offers such primary health care services at a low cost (below our cost recovery price) and works on educating the community to become responsible pet owners into the future.

Bornout of the efforts of a community hero who wanted to help his neighbours’ pets, Mr Joe pushed a trolley and water bucket around his neighbourhood bathing and feeding dogs and cats. He soon attracted volunteers to assist him and the clinic grew into what it is today twenty two years later – a fully fledged animal haven for township pets.

At Mdzananda we believe that the well-being of animals in a community influences the well-being of the humans in that community, particularly that of its most powerless members – children. Animal welfare problems are people problems. To improve animal welfare, people must feel empowered by empathy, knowledge, hope and the personal reward of seeing another living being thrive as the result of their taking responsibility. A community that loves animals is a healthy community. By looking after an animal, people learn responsibility, respect for life, compassion and non-violence, things that are often not learnt in a township environment.